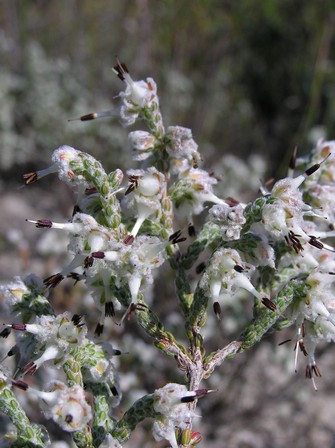 Shaw’s Pass is a Critical Biodiversity Area that has long been recognised as an important area for biodiversity conservation. It is a core area of floral diversity with an exceptionally high number of endemic plant species at a ratio of 30:1. It encompasses a Nature Reserve established as part of a large biodiversity offset for the loss of critically endangered habitats with the upgrading of the R320 road. It protects 4 critically endangered vegetation types and 28 plant species of Conservation Concern, as well as contributing to a biodiversity corridor connecting other areas of important natural habitat. 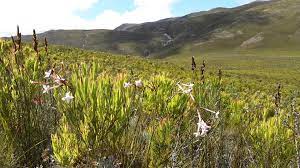 Located adjacent to this Nature Reserve, the land around The One Heaven and Earth serves as a buffer, protecting this critically endangered habitat and its endemic vegetation from the invasion of alien species.
We are therefore committed to rehabilitate the environment around us by eliminating all alien species on our property, guided by the National Environmental Management: Biodiversity Act (Alien and invasive species regulation, 2014). For this, we are busy converting our enchanted pine forest to a sacred “Sanctuary” of indigenous flora, for the long-term protection and rehabilitation of our natural environment.

During this process, we invite all our bridal couples, who make use of this sacred area, to join us in our conservation efforts and plant an indigenous tree in honour of their marriage.